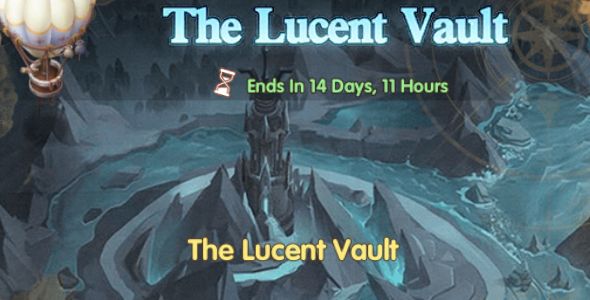 The new adventure is available in the Voyage of Wonders.

"Yet another peculiar realm, not too unlike 'The Divine Realm', this place is not bound by the normal laws of nature that govern Esperia. In an environment as unstable as it is, one must tread carefully, as to avoid the oddly-lit sky bridges collapsing without a moment's notice. No sane person would venture into such a hostile environment, but to those that seek only to enrich themselves, death is nothing more than a mere afterthought." 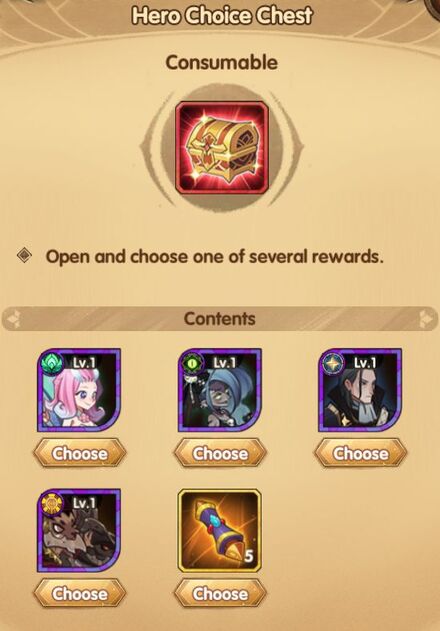 This time the Hero Choice Chest has different heroes compared to the Chest obtained with the previous Voyage of Wonders adventure, 'The Forgotten Mine'. Now we can pick one of these rewards: 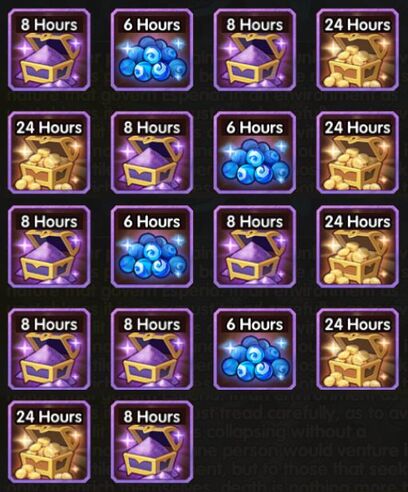 Being similar to 'The Divine Realm', in this adventure we will find platforms to access switches and relic chests. These blue platforms will start to disappear after the beginning of the adventure and after each battle they'll keep disappearing. The path is the following: 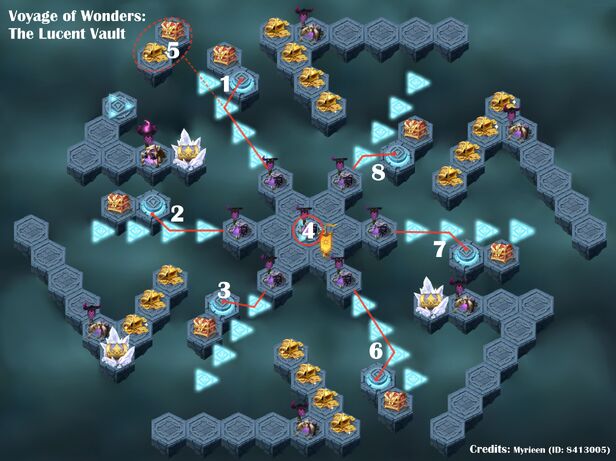 Clear each of the enemies and be sure to click the blue switch and don't forget to collect the relic chest (step 1-3). Then, challenge the group at the center of the adventure, that will leave behind the Rune of Power (step 4). Activate it to restore all the blue bridges: 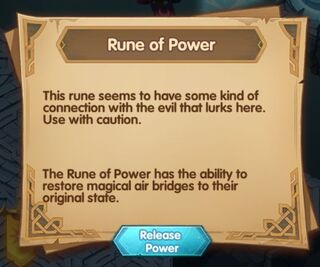 After all the bridges have been restored, you can take the relic chest and the first gold chest (step 5). It's not mandatory that you take it in this moment, but it might help you with the next battles, since it's also a Legendary relic. Then, clear the right side (steps 6-8). When the last switch will be clicked, you will see a prompt saying The nearby terrain seems to have undergone a change. All the bridges will be definitely restored and won't disappear after battles. Also, the portal at the center will be activated and will let you challenge the boss guarding the chest containing the Hero Chest. There's no particular order to complete these battles, although you might find it easier if you leave the final boss as the last battle.

The previous path was intended to help you get the relics as soon as possible, helping you save health and energy. Actually, there's no precise order to finish this adventure. If you feel your team is quite strong, you can complete the adventure in any way. For example, you can take down all the enemies guarding the bridges and then the Rune of Power to click all the switches and take the relic chests in one go.

Here's a small list of glitches and strange behaviours I encountered while completing 'The Lucent Vault':

Retrieved from "https://afk-arena.fandom.com/wiki/Voyage_of_Wonders:_The_Lucent_Vault?oldid=4807"
Community content is available under CC-BY-SA unless otherwise noted.