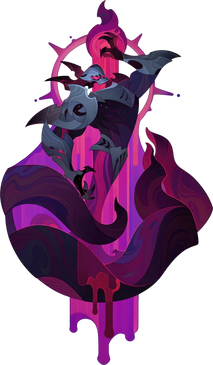 Added the Bountiful Trials event for Ezizh - Lord of Nightmares, as well as the Arena of Trials event “Guild Trials”, which shall commence on 2022/03/02 00:00 UTC.

Added a new Ezizh - Lord of Nightmares themed Voyage of Wonders adventure called Nightmare Infinitum, which will be available from 2022/03/10 00:00 UTC.

Added “The Snowy Front” to the Wandering Balloon, which can be unlocked by completing Stage 31-50 of the Campaign and by completing 60% of “Tempestuous Twisters”.

Added new "Infernal Fortress" quests. Time Emblems can be acquired by completing certain floors that are stated by these quests, to further help players progress.

"Special Deals" will be available from the Merchants page from 2022/3/02 00:00 UTC. Players can acquire Soulstone Fragments for specific heroes by making purchases here. This feature is available to player profiles that are more than 6 days old.

Weekly and Daily Deals have been removed from Merchants, and have been replaced by "Biweekly Sales", which shall be refreshed every 2 weeks. For specifics please refer to in-game descriptions.

Fixed an issue that was causing an erroneous Combat Rating display issue for the Elder Tree's - Dura's Sustenance, which is used by Support class heroes. Actual battle effects remain unchanged.

Isabella - The Taken Soul - Fixed an issue that occurred in rare circumstances, which would prevent the Ultimate skill “Decimation” from being cast normally again after it was used.

Silas - Augmented Death - Fixed an issue that was preventing the mist effect caused by the skill "Healing Haze" from disappearing as intended under certain circumstances.

Merlin - Seer of Destiny - Fixed an issue that was preventing the skill "Karmic Law" from being correctly triggered in certain circumstances when Merlin was under the Control Effects of non-hero enemies within the Temporal Rift.

Flora - The Serene Promise - Fixed an anomalous targeting issue for the Ultimate skill "Sea of Flowers", which was occurring under very rare conditions in the Temporal Rift.

Albedo - The Pure-White Devil - Fixed an issue that was causing the enraged state of the skill "Mournful Rage" to last longer than it should have in certain situations, due to the device's screen being locked. Fixed an anomalous triggering issue for the skill "Hermes Trismegistus", which was occurring under certain conditions.

Theowyn - The Wailing Widow - Fixed an issue affecting the Ultimate skill "Spectral Curse", which was causing battles to freeze under very rare conditions.