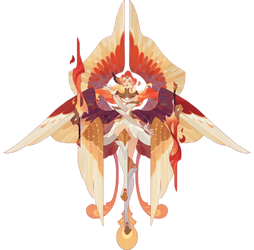 The new hero will be available to test play.

Added the Bountiful Trials event for Talene – The Resurging Flame, as well as the Arena of Trials event “Guild Trials”.

When a player possesses one Ascended Awakened hero, they can use Stargazing Cards at the Stargazer to summon the corresponding Awakened hero.

One Time Emblem can be exchanged at the Store daily.

Time Emblems have been added to Deluxe Monthly Cards. Players shall be able to choose between Diamonds and Time Emblems. Changes shall take effect after the release of this update.

Time Emblems have been added to Limited Offers, and are also now purchasable from Yuexi bundles.

Added a new event called “A Flame Reborn”. After completing the event, players can acquire Talene reward. Players who have already completed Chapter 15 can use this item to invite Talene – The Resurging Flame to join their team.

Added a new event called “Curtains of Time” Players can use single Stargazing Cards to exchange Time Emblems 1:1 up to 5 times per day.

Added a new system called the “Solemn Vow”, which will be available when the update is released.

Players who meet conditions can form a Mentor-Apprentice relationship and complete tasks together to claim an abundance of rewards.

Added a Mentor achievement called Solemn Vow . Stickers can be acquired by reaching this achievement.

Added the adventure “The Foreboding Disaster” to the Voyage of Wonders feature.

Added a new “Splash Screen” option to settings. Players can navigate to the settings page and select their desired Splash Screen background image.

Changed the image that is displayed when a player shares their 10-Summons. Players can get a reward of 300 Diamonds the first time they share their 10-Summons after the update is released.

Fixed an issue that was causing a skill level anomaly for Support class heroes when the Elder Tree’s “Dura’s Sustenance” was leveled up from 131 to 134.

Fixed an issue that was affecting the “Motivation “ability, which was causing Rosaline to stop following her designated ally when the ally became untargetable to enemies.

Fixed an issue that was preventing the damage dealt by the Signature Item ability “Murder of Crows” to not be counted towards Morrow’s damage stats under certain circumstances.

Fixed an issue that was causing the ability” Languid Eye” to incorrectly target untargetable enemies with its Lethargy effect.

Fixed an issue that was causing the “Guardian Owl” skill to target untargetable allies under certain circumstances.

Fixed an issue that was causing the visual effects of the “Renaissance Cannon” skill to appear in the incorrect position under certain circumstances. Ability’s actual effects remain unchanged.

Fixed an issue wherein Treznor’s damage immunity effect was not correctly removed under certain extreme circumstances when he was in a dismounted position, as a result of effects which knocked him into the air.