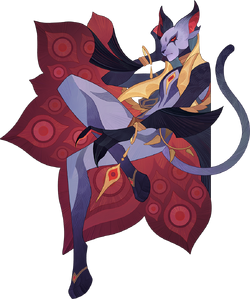 Autumn has arrived! Check out the new autumnal themes in Ranhorn, the Dark Forest and the Oak Inn!

The Eternal Engravings feature will become available to Wilder heroes that reach Ascended 1 Star. After increasing a hero’s Engraving level they can no longer make use of Hero Swap Scrolls.

Fixed values of Health, Attack and Defense that are provided by The Elder Tree are increased based on the hero’s Eternal Engravings bonuses.

Optimized the special effects that are displayed after Celestial, Hypogean and Dimensional heroes reach a level of 100 on the Eternal Engravings system.

Optimized the Multi-Team Battle function. Players can now switch out their heroes’ gear and Artifacts on the battle preparation interface within the King’s Tower.

A whole new map is now available. Adventurers can enter the expedition from three different positions.

Heroes will be unable to recover Stamina for the first 4 hours after the battle phase has commenced, however, heroes that are later added to the battlefield will start with a certain quantity of initial Stamina points.

Adjusted the attribute values of Blessed Relics and enemies on the battlefield.

Added a Relic’s Soul function that increases the power of the Blessed Relic a hero is using when the Relic’s Soul is equipped.

Players that casually enroll for the Vault of Time will receive additional attributes when in battle. Also, Honorably Enrolled players will receive even more rewards when their Title is raised.

This Abyssal Expedition is an experimental season, therefore the leaderboard and its related functions are temporarily unavailable.

Added the adventure “The Sealing Sword” to the Voyage of Wonders feature.

Added the adventure “Mirael’s Nightmare” to the Wandering Balloon feature, which can be unlocked after completing Stage 28-20.

Added a new chapter to the campaign – Chapter 45 – The Blissful Castle, while also having adjusted the difficulty for certain stages of chapter 44.

A new Misty Valley season is about to commence.

Adjusted the content within Hero Growth Bundles by adding Elemental Shards and Elemental Cores, which can be selected as rewards. Please refer to the game for more details. The number purchase limit shall be reset when the update goes live.

The terminology “Increased chance of being dealt a Critical Strike” has been renamed to “Reduced Crit Block Rate”. Actual effects remain unchanged.