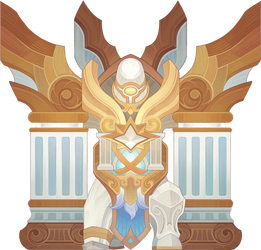 1. Added the new Celestial hero: Titus – Guardian of the Mountains

2. The Bountiful Trials event will be available for Titus – Guardian of the Mountains.

Players must complete chapter 21 of the campaign to unlock this system. Only Celestial or Hypogean heroes which have reached Ascended 1 Star will have access to the Eternal Engravings system.

Players can complete these quests in return for “Eternal Engravings” resources.

Fixed a bug that was preventing the “Unity” attribute bonuses from being removed after the union had been separated.

Fixed an issue where in some situations the ability “Fire Rapture” would not deal additional damage.