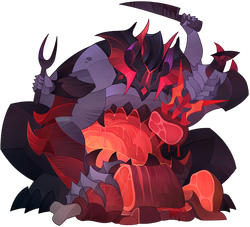 Added the new Voyage of Wonders adventure: The Trembling Highlands, which will be available from Local Time: 06/03/2020 08:00 (Test server).

Added a ‘High Details’ option to the game settings. Enabling this will allow for higher detailed hero visuals but will require an additional resource download in order to take effect. In its current state, this feature only affects the visuals of heroes.

Arena Challenger Tickets can now be sold for a set amount of gold.

Players can now adjust the formations they use within the Twisted Realm. The last formation used against each respective boss will also be automatically saved.

Players can now tap on an indicator to make the camera move back to the Wagon within the Peaks of Time and the Voyage of Wonders.

Added a new symbol to avatars which allows players to view whether or not a particular player is a friend or guild mate.

Added a new feature that allows players to check a hero’s details on certain pages where it was previously unavailable, such as the battle preparation page, by tapping and holding on a hero’s portrait.

Added a feature that allows players to rapidly adjust the order of which their formations are used in for situations where multiple formations are required.

The option to use diamonds to unlock hero slots at the Resonating Crystal is now available when there is insufficient Invigorating Essence available.

Added a new icon to the hero skills page to denote which skill is the hero’s ultimate ability.

Fixed several issues that would occur while a hero was being used with the “Test Hero” feature.