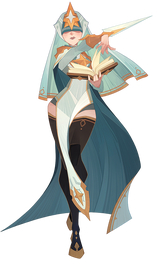 Players can now borrow hero mercenaries from their friends or guild mates and use them within the Arcane Labyrinth.

Guild members now have the option to test themselves against other guild members with the new guild Guildmate Battle feature.

Added a hero story button to the ‘New Hero’ interface.

Added a maximum character display to the guild messages.

Optimized guild team hunting. Players can now view the damage other guild members have dealt to bosses as well as the extra rewards given as a result of the damage.

Adjusted the stats of some low level Plate Armor items by removing the “Health recovered per second” stat and increasing other statistics in its stead.

Fixed an issue that would cause certain Artifact effects to lose their efficacy after a hero had been resurrected.

Fixed an issue that was preventing the artifact “Dura’s Conviction” skills level 1 and 2 from correctly taking effect.