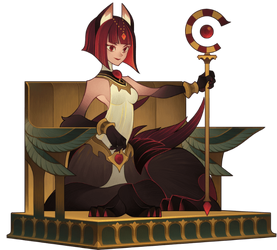 Added the new hero ‘Wishlist’ feature that allows players to add their desired heroes to the wishlist, increasing the chances of those heroes being summoned from regular and factional hero sets (Does not affect the odds of Legendary heroes).

The wording is a bit confusing, but it seems like you can place one hero in the wishlist and it will work, but the increased chance won’t multiply because there’s less heroes in the wishlist.

Added two new adventures to the Peaks of Time:

You’ll earn “Medals of Valor” from completing daily and weekly quests. Collected a certain amount of medals will unlock a new tier of rewards. The basic rewards are Rare Hero Soulstones.

However, you can also purchase a “Premium Pass” that will unlock additional rewards per tier. These rewards are Elite Hero Soulstones & Diamonds.

Added the new ‘Battle Wager’ feature to the Legends' Championship tournament that allows players to double their gold by betting gold on the players they think will win.

(You can’t do this for the first battle for some reason).

(If you can’t see the new chat, you’ll have to update the game via the app store).