Guardian of the Mountains

"Halt! You shall not pass!"

Titus is a strength-based tank hero of the celestial faction.

He specializes in soaking the damage dealt by his enemies and shielding his allies. Titus can adopt two states while on the battlefield: dormant state and active state. The dormant state makes him more sturdy, defensive and he can shield his allies, but he's immobile. While in the active state, Titus gains access to damage-dealing abilities, but he expends his Energy points, and after draining them, he enters the dormant state again.

When the warm southerly wind blows through the mountain peaks, the “Wind Envoy” flies down from above, before my very eyes.

It lands on my shoulder and pecks at my cold pauldrons, then tilts its head towards me and witters in pleasing chirping birdsong of the new and interesting developments in the land of Esperia.

“When can I go and see?” To say I’ve a little emotional attachment to that place would obviously be a phenomenal understatement.

Alas, I cannot leave this place. I am Titus, the last of the Temple Guardians.

Behind me stands the Temple that I protect. Here, where even the air one breathes inspires awe, is the Temple of the fallen Goddess. Not a soul present, not a sound to be heard.

Day in, day out, I sit here cross-legged on the white stone steps leading to the Temple, occasionally fiddling with my lance and shield, both bestowed unto me by the craftsman of the gods himself. Besides the annual visits of my little “envoy”, my only company is the enormous, eternally pristine pillars.

The rose-colored dawn light and luminous glittering of stars pass between these pillars, spilling out across the floor. There are thirty-three pillars. From top to bottom, every inch of the Temple is immaculate. I, like a silent white colossus, guard it faithfully while the Wise One slumbers deeply behind its doors.

I thought this peace would be eternal. But then the winter came, and with it swarmed the Hypogeans.

The bitter winds and snow flurries set in, carrying upon them the biting chill of snowflakes, and the acrid smell of blood, shrouding the mountains in an inexhaustible void of darkness. Rising to stand from my place on the steps, my armor creaked and clanked.

“Ah… It is time for a little exercise.” Holding out my lance, I stand. Seeing the swarm of Hypogeans swell at the foot of the steps, I predicted my end was near. As we fought, my shield and armor were both smashed to pieces, my lance snapped in half. Yet, I fought until my last breath, fulfilling my role as Temple Guardian.

The radiant white Temple finally collapsed. Along with it, my bones, crushed into dust along with the wreckage of the great pillars.

At darkness’ end lay yet more darkness, and I cannot say with any certainty for how long I slept, ignorant in this silence. Then, appearing out of the silent gloom, something metallic was swinging, making a heavy, rhythmic clank.

“… Wake up, child.” I heard a gentle, tender voice whisper to me. It was so familiar and gentle, like the soft whispers of a mother.

“… The Temple has guided thousands with Kindness. Yet now, the world is rife with chaos and flooded by demons, the kindness espoused is as fleeting as a shooting star, and more transient than the glow of a flame. You can protect them, can you not? …Your courage can hold up their sky. As you once protected this Temple, you will now protect them.”

I am guided by the Goddess’ voice.

A gentle, but powerful force, draws me up, as if a broad palm against my back pushes me forward, urging me to awaken.

The dusty circular ring emits a pale golden glow as it slowly turns, round and round.

“Tweet-tweet!” Two crisp bird calls ring in my ears. My Little Envoy and her companion.

My favorite familiar lightly hopped down, tilting its head, measuring up and evaluating this peculiar creature before it. Inquisitively, it pecked at a stone pillar with its tiny yellow beak. Finally, as now sure of something, it chirruped a cheery birdsong.

As my dear envoy sings with joy, my memories begin to uncloud. Little by little, I am reminded of the beauty of the world, of the splendor my envoy has described. In that place called Esperia, there is the purest of bravery and the most fearless of faith, where people connect with the joys and sorrows of others, experience love and death. They truly feel and possess a soul.

With inner peace, kindness grows. “I want to walk upon that land, for in each persons heart, stands a Temple.”

In that gloom, faced with the Goddess’ query, I heard my answer.

Nothing is finished. I and my duty to protect still stand.

A searing white light gleams at the core of the Astral device, growing hotter and brighter…

The voice of the gods’ craftsman rings through my ears. Laughing a little, his voice is steady and strong:

“Welcome back, Titus.” I hear him say, “… This troubled world needs your protection. 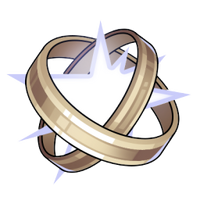 An energy core developed by Ansiel, the Celestial crafter, which he placed inside the stone body he had built for Titus in order to power his body. The Mountain Star originates from the mountains, and is as heavy as it is powerful. The Mountain Star has the power to protect the innocent, but also wreak devastation on those who oppose the light. 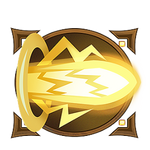 When 3 or more Energy Orbs have been respectively absorbed from Strength, Agility and Intelligence based heroes, the ability “Final Aegis” is unlocked. When this ability is used, all enemies within a certain range shall be dealt 250% damage. This ability has a cooldown time of 8 seconds. 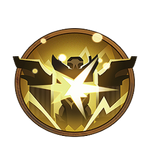 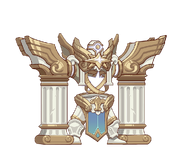 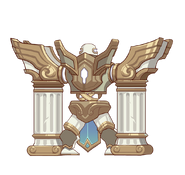