The Noble Tavern is a building managed by Dolly that's situated on the left side of the Ranhorn map. Here, players can summon new heroes in the main tavern, try their luck acquiring Heroes, Items, or even 30,000 Diamonds in the Stargazing Room or Temple of Time; or relax with the latest issues of Dolly's Corner featuring inside scoops on heroes and Esperian life.

The Noble Tavern unlocks after beating stage 1-12, with the Stargazing Room unlocking upon completion of Chapter 15.

The Noble Tavern was established by Brewmaster Brown, however, most of the year he is out travelling, in search of the best recipes to perfect his brews. His daughter Dolly manages the bar. Here, you can sip on tasty brews and meet with loyal companions. As Dolly keeps company with travelers from all walks of life, she keeps up with all the stories told. If you're not in a rush, listen in. 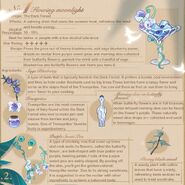 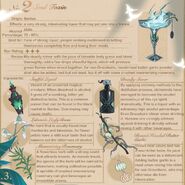 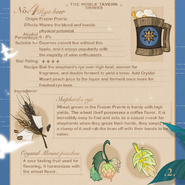 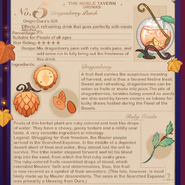 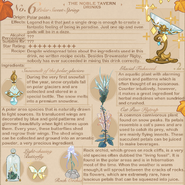 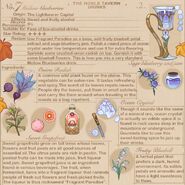 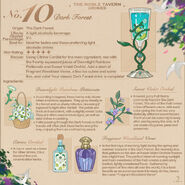 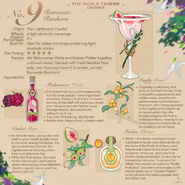 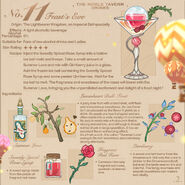 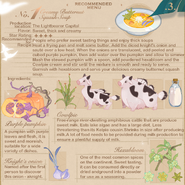 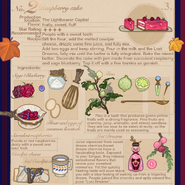 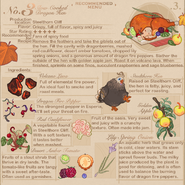 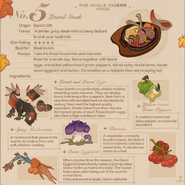 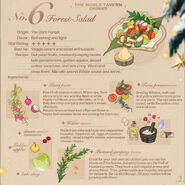 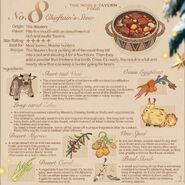 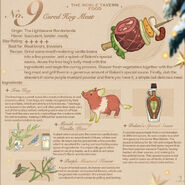 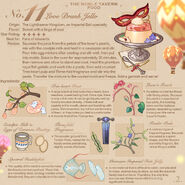 Summoning is the act of acquiring new heroes in exchange for either Scrolls, Companion Points, or Diamonds. It is the main way for players to enlarge their hero pool throughout the game. The player may choose between four different tabs to summon Heroes from (Produces all Heroes, Companion Pack, Hero Choice Pack, Faction Pack). Each tab has different payment options, as well as different Hero probabilities.

While summoning heroes, players will be awarded all 3 types of emblems used to upgrade Signature items. Emblems can be received at 20, 50, and 80 summons, and a Hero Choice Cards at 100 summons. Afterwards the counter will reset and start again. The prize for 80 summons can sometimes grant 30 Primordial Emblem and 20 Emblem Choice Chests instead of normal rewards, it happens around every 300 - 400 summons.

The Wishlist is a feature implemented in Patch 1.17.01 that allows players to choose 5 Heroes each of 4 Factions (Lightbearer, Mauler, Wilder, Graveborn), in order to have a greater chance to draw one of them whenever an Elite Hero gets summoned. It only affects cards summoned in the tavern and does not change the odds of producing an Elite Hero.

Each time a Hero gets summoned through either Produces all Heroes or Faction Pack (Companion Pack will not work), the amount of Heroes that get summoned will determine how much a progress bar will fill up.

Originally, whenever the progress bar reaches 100, players will be able to tap on the card to the right of the progress bar, and be able to summon an Elite Hero from a faction of choice. Since emblems have been implemented to the game, players can now obtain both emblems and hero choice cards for every 20-30 pulls.

In this tab, players will be able to summon every type of hero available in the game.

This tab is similar to the Produces all Heroes tab, since players are able to summon every type of hero, though the payment differs.

In order to summon new Heroes, players must pay with Companion Points:

Update 1.42 added a new monthly, limited-quantity “Hero Choice Pack” to the Noble Tavern, which can be activated by unlocking a specific Starburst within "The big Torch" constellation at the Field of Stars. Players pick a desired hero they want to draw (called wishlist hero), and whenever an elite hero card gets summoned, the chosen hero will be the one getting summoned. Available heroes within this pack are limited to the Lightbearer, Mauler, Wilder and Graveborn factions, meaning you can't pick a Celestial, Hypogean nor Dimensional Hero. Depending on how many starbursts you've unlocked in "The Big Torch" constellation, you'll be able to draw your desired hero from 1 to 5 times per Month.

In order to summon new Heroes, players must pay with Diamonds:

This feature uses the same hidden bonus as "Produces all Heroes" and gives the wishlist hero at 100% rate if you use 3*10 summons.

This tab is designed to summon heroes from a certain faction, called Packs. There are only 4 factions available, and the currently available faction is defined by the game. Every day, the faction changes in the following order: Lightbearer, Mauler, Wilder and lastly Graveborn. This tab has a 100% chance to only summon Heroes from the active faction. Players are also able to change the current faction to any other by paying 300 Diamonds.

In order to summon new Heroes from this tab, players have to pay with Faction Scrolls:

For more details about the Stargazing Room, click here.

The Stargazing Room is hosted separately within the Noble Tavern.

It includes a feature known as "stargazing" which centers around probability and chance, allowing the player to try their hand at acquiring heroes, artifact fragments, legendary gear, and copious amounts of diamonds.

For more details about the Temple of Time, click here.

The Temple of Time is a room located within The Noble Tavern. Similar to the Stargazing Room, its summoning feature centers around probability and chance, allowing the player to try their hand at acquiring Emblems, T1 and T2 Stones, Mythic Gear, copious amounts of Diamonds, and more.

Its main distinction from the Stargazing Room is that it allows players to summon special Awakened heroes.

Dolly's Corner is a bi-monthly tabloid hosted by Dolly in the tavern. Players can read through issues to see teasers for upcoming heroes, interviews, and general trivia on various aspects of Esperian life. Each issue generally has 9 pages.

Occasionally, players can claim a small amount of diamonds by checking out the latest issues.