Players will be rewarded for defeating the enemies of each 10 floors, and thus permitted to ascend to the next. Rewards include both types of Soulstones, Gold, Hero's Essence, Hero Experience, Temporal Rift Rank 1 Chest, T1/T2 Stone Choice Chest, Stargazer Scroll, Common Hero and Faction Scrolls, Temporal Rift Rank 2 Chest.

The Celestial Craftsman Ansiel made an accidental, but world shattering, discovery in the world of Esperia — an erratic temporal space slowly but continuously expanding. In this rift, the constant flow of time is whipped up and churned into a vortex, creeping ever outwards on a course set to engulf the entire world. Brave warriors tasked by the gods must descend deep into the chaotic whirlwind of time and space. It falls to them to save Esperia from the encroaching chaos and restore order once again.

Bearer of the Divine Mission, you must restore order

“Hunting, tearing, devouring, disorder and destruction. This is the immutable truth.” These monsters were created by the convergence of energy caused by the distortion of space-time. Because of the energy within their bodies being so unstable, these beasts have the ability to continuously rupture space-time, massively impacting space-time stability.

They are chaotic and uncontrollable, with no constant course or direction. Their instinct drives them to destroy everything that can be destroyed, continuously propagating this volatile space.

They are very unyielding to stability and are naturally reflexive, able to alter the flow of time and change the laws of this chaotic space to unleash their erratic attacks on enemies.

Continuum Stalkers will treat stable beings as enemies, endlessly tracking and pursuing them whenever they get them in their sights, before either assimilating them or killing them.

Here you can claim

Continuum Sequence, Raising the Temporal Armillary's level can increase the rateat which rewards can be claimed. 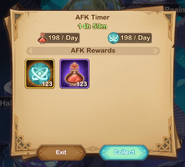 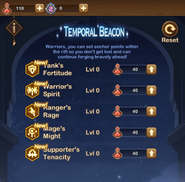 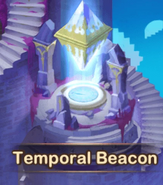 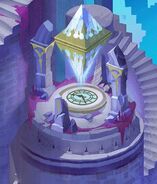 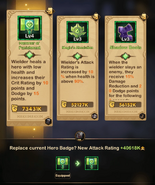 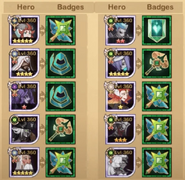 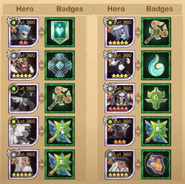 There may be changes when they release the official version. 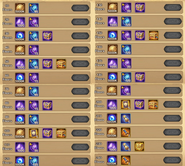