QUEEN is a strength-based warrior hero of the Dimensional faction, coming from a crossover with Persona 5. She can use Johanna to deals tons of damage to her enemies and landing crits.

Her special will summons Johanna to spins around and gathering her enemies to deals AoE damage while invulnerable to attacks.

The young girl that moves with JOKER. The brains behind The Phantom Thieves.

She has the power to use her PERSONA powers however she sees fit. The codename QUEEN is used to disguise her true identity. Even behind a mask, you can sense her temperament. 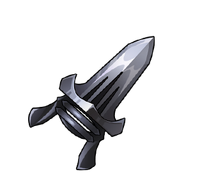 QUEEN is granted a shield which exists for 5 seconds and has a value equal to 25% of her max health every time Johanna is summoned by any of her abilities. 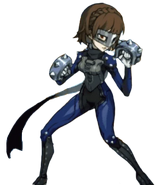