Boss: The Hunting Fields
"Hunt or be hunted. Once you step onto the hunting fields, your fate is sealed."

Oleus is the current final boss of The Hunting Fields. As an intelligent predator, Oleus is able to disguise himself as prey to lure victims in. Knocking his health bar down will eventually reveal his predator form.

Under normal conditions, Oleus is able to mitigate damage. Suffering from multiple critical strikes causes his damage mitigation effect to lose its effectiveness for short periods of time.

In the dead of winter, snowstorms blanket the continent, changing the landscape, blurring roads. It's becoming increasingly difficult to see if we're on the right track.

People have been vanishing all over the place. According to eyewitnesses, missing people were making a long voyage across the continent, only for several of them to disappear. When the snow cleared, they were gone without a trace. The footprints continued for a short distance before being completely covered up by thick snow.

The ever-increasing number of missing people slowly started to gain the attention of the powers that be. They later realized that there was something unusual occurring to the wind, some strange force had taken control of it, a force that had seemingly originated from the sealed-off Hunting Fields.

The gods have summoned the warriors of Esperia to once again enter the Hunting Fields to do battle with the God of Hunting.

This time, however, there is a strange twist to the plot, as the hunting parties are met with a far more insidious hunting field. Cold and hunger gradually chip away at the will of the warriors. This time the snow slows their pace of progress, and in front of them, their prey that had been laying dormant for so long is already baring its fangs...

The stone tablet has been weathered by the wind and snow, but the inscription upon it is still vaguely legible:

"Oh great God of Hunting, Adrax! Here I sing thy honorable name. The faithful await your return. Let the feast once again begin!

God of Hunting, please heed our call! Foul Oleus has broken free of his chains. He has poisoned the wind and snow, and descends upon your throne. There are rumors of your captivity within the hunting fields. Senselessly prey moves towards the hunting fields. Lord, please show your face and lead us again. Bring the hunting fields back under your control once more.

Adrax, have you abandoned your flock? Or are you, as rumor has it, a prisoner of the underworld? The God of Hunting has been defeated by its prey, how ironic... The prey have surrounded us. They're closing in..."

Oleus enjoys buffs by illuminating the 6 different beacons which surround him on his cell. 5 of these beacons correspond to a specific faction to boost the damage dealt against that faction, and the 6th beacon mitigates the damage Oleus receives from hero attacks. The first time Oleus' health falls below 80%, he receives power from his beacons, restoring his health to 80%.

One of the player's goals is to dismantle each beacon by defeating its defenders, effectively cutting Oleus off from the benefits he receives from them. 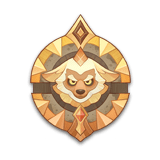 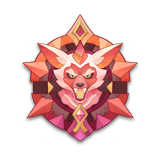 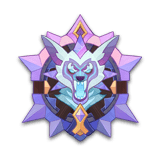