Morael is an intelligence-based mage-class hero of the Celestial faction.

All of her skills revolve around the Star Core that she creates at the start of the battles. Although her main role is a damage dealer, she also posses remarkable crowd control abilities, as well as ways to give her allies Haste or Energy points. Her skills make her a universal, powerful hero that will bolster any team she will be put in.

The Zohra Nebula met with catastrophe. On the verge of annihilation, born through force of will to survive, Morael came into existence.

Although her birth failed to save the Nebula from the mysterious forces of darkness, the essence of the Nebula remained, its very heart held in Morael's palm.

Her forcefield of stars, omnipresent and intangible, shifting and moving their gravity however she wishes thanks to the blessings of the stars' power bestowed upon her.

As a god, Morael is haughty, irrefutable, detached and noble, just like a Queen. The desire to be in-control of all things seems to have permeated her every fiber since birth. She insists on every star orbiting as it must, in accordance with fate, never permitting deviation from its course.

Order is her conviction. Control and rectification is her vocation. Born of the same Nebula, her younger sister Audrae, is a reckless romantic. She roams the canopy of the heavens, coming and going with wild abandon, often forgetting what she intended to do.

Audrae would say something like, "There are endless variables, occurring constantly. Morael, perhaps chaos is just the essence of the Universe?" Morael would wordlessly glance at the heart of Zohra in her palm, at a loss for what her sister was planning to do next. To Morael, Audrae is a variable. Provided she could be rid of this untrackable nuisance, everything else would be just fine.

Morael didn't agree with her sister's perspective. That is, until she encountered the second uncontrollable variable.

An indescribable darkness, popping in and out of being without rhyme or reason, ripping stars asunder with horrifying gravitational force and engulfing them.

This scene seems familiar. By the time Morael arrived, half the stars of the Mirrah Nebula ceased to be, all swallowed up. The screams of the stars as they are torn apart reverberated through the heavens, their bitter lament filling the sky, reminding Morael of the nightmare of her birth.

She tried to fight these unknown entities, but these strange sentient beings were outside the realm of her control, both sides sustained massive damage. For a long time, Morael's consciousness just drifted through the universe. Gradually, it dawned on her that Audrae's talk of Chaos may indeed be one of the truths of this world.

The Goddess Dura unexpectedly found Morael drifting among the stars. Using her own power, she healed and restored the greatly diminished Morael. For a long time, Morael was one of Esperia's gods. She discussed fate in-depth with the clock-bearing god, and learned from Dura of the possible source of the Darkness and the Void Realm. They also call it the 'Star Grave', the result of collapsed stars at the end of their life.

After the Hypogean war, Morael felt the power of the Void Realm was gradually increasing. Departing Esperia, she made for the clouds and began an investigation, knowing she must keep a close eye on any irregularities in the Void Realm, lest there be another invasion of the Dark forces.

"On a clear midsummer's night, if you carefully watch the sky at the Giant Tree Observatory, you might just catch a glimpse of Morael's long, starry hair." 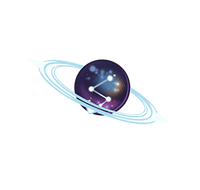 A remnant of the destroyed Zohra Nebula, it is as stunningly beautiful as it is powerful. When in the hands of a god, the Heart of Zohra can be used to generate powerful Cosmic Fields.

During battles, each time an enemy hero near the Star Core loses 1% health, the Star Core gathers an extra 0.4% of its total energy capacity. 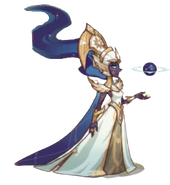