The Misty Valley is a recurring event in AFK Arena. It is a temporary adventure located in the Voyage of Wonders that lasts for 31 days.

Due to the unusual tides in this region, few have actually seen the Misty Valley with their own eyes. For the valley only surfaces when the sea recedes. As a result of the strange magnetic interference from the world’s poles, the tide acts in an erratic manner, leaving those that wish to explore the valley a very short window of time to do so. The buccaneers of the high seas, knowing of the obscurity that the erratic tides and misty clouds could provide, decided that this would be a prime location to store their ill-gotten gains, as in their minds, only those with a death wish would dare venture into such a treacherous region.

There are 20 stages in the valley, but they’re time-gated. After 7 days, all of them will be available. 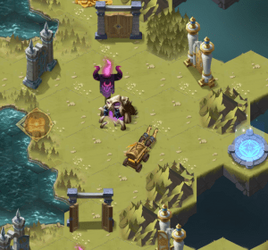 Each stage has a single team of 5 enemies that scale to your own strength.

Enemies can be challenged as many times as you like, however once a new stage unlocks your heroes will start with 0 energy and full health again.

Help can also be requested from other people at a cost of 100 diamonds, however only the stone challenge can be completed. 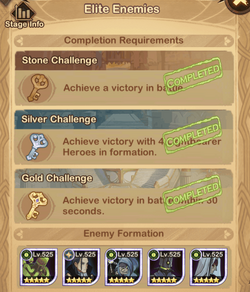 The stone challenge is simply to defeat the enemies.

The silver challenges usually requires using a certain amount of heroes in a faction.

The gold challenge can vary from requiring specific heroes in the formation, to things such as limiting how many times ultimate can be used etc. 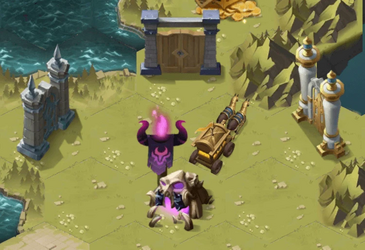 There are various rewards that can be collected on the map, as well select-able rewards from the final treasure trove on an island that can be teleported to.

In order to claim the final rewards, all 20 stages must be completed. The amount of reward slots in the treasure trove is available is based on the players’ campaign progression. The highest requirement is to complete chapter 36.