"Show me your true form!"

JOKER is an agility-based ranger hero of the Dimensional faction, coming from a crossover with Persona 5. He can choose an enemy then change his faction to gain factional advantages against them. When all enemies are controlled, he can trigger All-Out Attack to deal great AoE damage to all of them.

A mysterious boy, clad in black. He uses the name of The Phantom Thieves to disrupt and bamboozle society.

With his mask of deception, he is able to use his PERSONA powers to disrupt. Phantom Thieves Codename: JOKER. The true identity behind the mask remains a mystery. 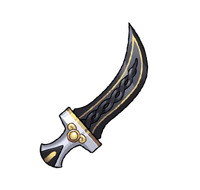 After JOKER uses his Ultimate ability, the AoE range of his normal attacks is increased for 7 seconds, during which time he deals 20% additional damage. 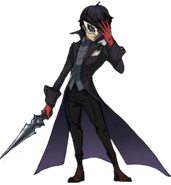