Graveborns are a faction in AFK Arena. These are heroes who serve in death, revived as the Undead, and who seek immortality through dark arts and necromancy. It is not confirmed however if Graveborns serve for the Hypogeans. The heroes' lore focus on their own conflicts and problems. They are enemies even against the Hypogeans.

Graveborns have a factional advantage over Lightbearers and are weak against Wilders. There are currently a total of 23 playable Graveborn heroes.

"The world of the dead has been without supervision since Annih walked away from his duties in pursuit of blasphemous conquest. More and more, the long-slumbering souls have begun to wake up. Their eagerness to return to the world of the living can only be described as a ravenous hunger."

A Graveborn is a being raised from the dead via black magic or necromancy. Most Graveborn heroes are humanoid and have pale skin and glowing green eyes. Some have demonic attributes (like horns) or are completely disfigured.

When a Graveborn is raised from the dead, most lose all memories of their past life and become mindless creatures, bent on hunger and immortality. It was said that the Graveborn first came into being when Quaedam, an ancient soul of a powerful mage, took Annih's place as ruler of the Underworld when he began his conquest of Esperia.

By forming pacts with the most powerful souls of the deceased, he created the art of necromancy and spread the knowledge of the art to form pacts with the living by promising them immortality in exchange for their soul.

As a result, Graveborn are considered the most hated and vilest of all the factions in Esperia. Although, some Graveborn still possess a bit of sentience.

Most Graveborn reside in Bantus, as the death and despair rampant in Lenu culture attracted Quaedam to its residents. Though briefly interrupted by Thoran outlawing necromancy within its borders, after he came back to the throne as a Graveborn, he made pacts with Quaedam mandatory for all of his subjects.

There are some Graveborn who are not under Qaedam's thrall, known as "The Tainted". Most of these reside in the Island of the Banished. To attain this state, one must have become Graveborn by other means, presumably while they still live. These methods include alternative spells which are limited in their transformative ability, like those used by Vedan, or being cursed against one's will by artifacts, like Torne or anyone turned by the scroll in Mortas's possession.

School of the Dead

The School of the Dead is divided into two branches: the Spiritualists and the Metamorphs. The former focuses on Necromancy as an art, while the latter takes an unorthodox approach, proposing "greater usage of alchemical technology to amplify necromancy, tapping into the unearthed potential of a corpse."

With differing views on Necromancy, the two branches often clash with one another. Spiritualists look down on Metamorphs, believing their stance on Necromancy to be a harmful perversion against the art. Likewise, Metamorphs believe that Spiritualists have not tapped into the full potential of Necromancy and that their superior methods can transcend the current limitations in place.

Silas is a notable Metamorph. With Niru's assistance, he was able to extract Izold's brain from his human body in order to transplant it into a Graveborn one. By implanting a calibrated alchemical device into the new body, he was subsequently able to pump alchemical hormones into it in order to vastly increase Izold's physical abilities.

On the World Map, the Bantus Empire (aka King's Manse on the World Map) is the kingdom of the Graveborn. It can be described as "forbidden, forgotten and forsaken".

"The Lenu people originally lived as nomads. They were fierce and brave, resolving all disputes through force. At this point, the Lenu people were not unlike their neighbors, a tribe of bloodthirsty barbarians. Later, the various tribes of the Lenu were unified in war. They built immense fortresses surrounded by strong walls, establishing the Bantus Empire.

Even after settling down, the Lenu could not overcome their violent nature. It seems that Bantus has always had a reverence for death. It was an obsession which permeated every aspect of society. The Lenu believed death in battle was the embrace of glory, and death by natural causes an unthinkable shame.

This fixation on death and violence manifested in many ways. While the ruling class saw fit to educate everyone in their empire, it was an education in war and battle. Bantus was the ultimate militaristic nation. From the very beginning, it existed in a constant state of war, always seeking to expand by conquering neighboring territories. The rulers promoted these attitudes towards death and combat in order to keep their people focused on and in favor of their never-ending war. Countless naive youths found death in pursuit of glory, their lives offered up in meaningless sacrifice to a twisted sense of honor.

During the centuries of its reign, the Bantus Empire was perpetually in wars of conquest. Even in short periods of truce, it was simply refueling for the next war.

The rulers of the empire exercised ruthless and harsh military control, and almost all resources and labor were devoted to the military. In this country, anything and everything was allowed, provided it aided the war effort. Seeking to gain every possible advantage, the empire abandoned all thought of morality and ethics, heedlessly pursuing any source of power within reach. It is only natural that they eventually turned to necromancy.

This was the opportunity Lord Quaedam was waiting for. For centuries, he patiently watched the Lenu as they evolved from bloodthirsty nomads into a fearsome empire. When the Bantus Empire began experimenting with necromancy, he already had countless servants in place at all levels of society, slowly preparing the Bantus Empire to bend to their master’s will.

The Empire, with its special affection for death, became a hotbed of necromancy, the latest trend in their pursuit of greater might. They made good use of necromancy in war. Those who sacrificed their lives for the Empire did not rest after death. They were resurrected as Graveborn soldiers, and continued to fight for the Empire until they could be used no more." 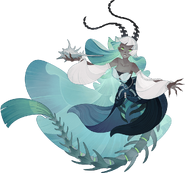 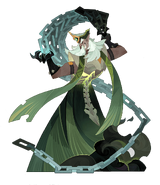 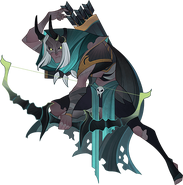 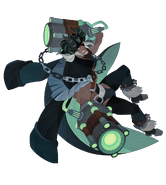 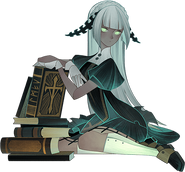 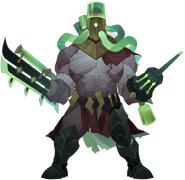 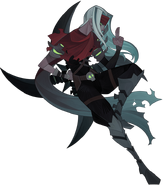 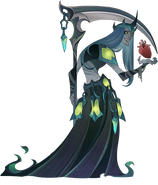 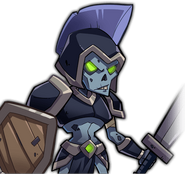 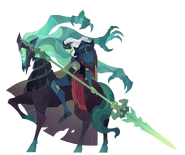 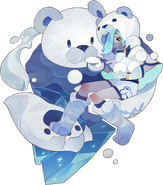 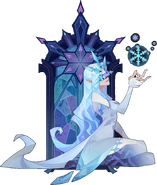 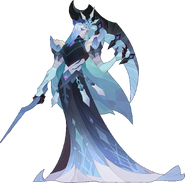 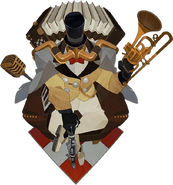 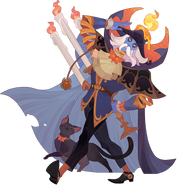 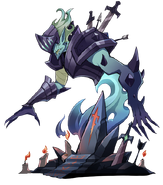