The Eternal Engravings is a feature available in the "Hero Details” interface in AFK Arena. It can be unlocked after completing chapter 21 in the Campaign. Players can level up the Elder Tree to increase all of their heroes' attributes and provide them with bonuses.

Only Celestial and/or Hypogean heroes who have reached Ascended 1 Star will have access to the Eternal Engravings system. Other factions will be available soon!

In Ancient times, Dura, god of life, couldn’t stand how helpless the first humans were, utterly defenseless in the face of natural disaster. She revealed to them the secrets of magic, and thus dawned an unparalleled civilization of magic.

Not content with their limited lifespan, avaricious men sought immortality through magic and alchemy. Their ingenuity astonished the gods, trying all manner of method. The closest man came to succeeding in his goal was the skill “Eternal Engravings”. Through a special alignment of the five runes, elemental energies are channeled into the body, breaking its mortal shackles and allowing heroes to transcend the limits of the self.

Soon afterwards, the Lightbearer Empire sunk into civil unrest. The glorious Kingdoms of Man were dust in the winds of history, vanished as though they’d never been. Those relics that carried the wisdom of man’s ingenuity were scattered across the continent, and the “Eternal Engravings” was lost.

As the Factions doggedly pursued the study of these ancient relics, new interpretations of totems and ancient texts were coming to light. Several stone tablets, each bearing the “Eternal Engravings”, have come to the fore.

Eager to recover this godliness, the gods themselves secretly acquired one of the tablets and had the godly craftsman himself, Ansiel, make an alteration to it. Now, the tablet would grant the gods a new power.

As of patch v1.68, only Celestial and/or Hypogean heroes which have reached Ascended 1 Star will have access to the Eternal Engravings system. Other factions will be available soon! 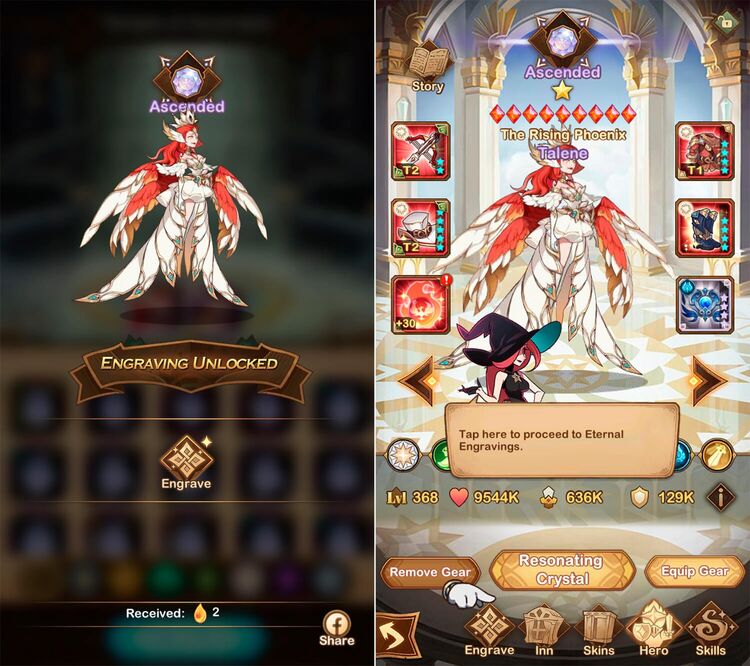 Players can access the Eternal Engravings system by tapping on the “Engrave” tab on the” Hero Details” interface. Players can then illuminate the Glyphs in order to raise hero attributes and strengthen hero abilities.

Where to find “Eternal Engravings” resources? 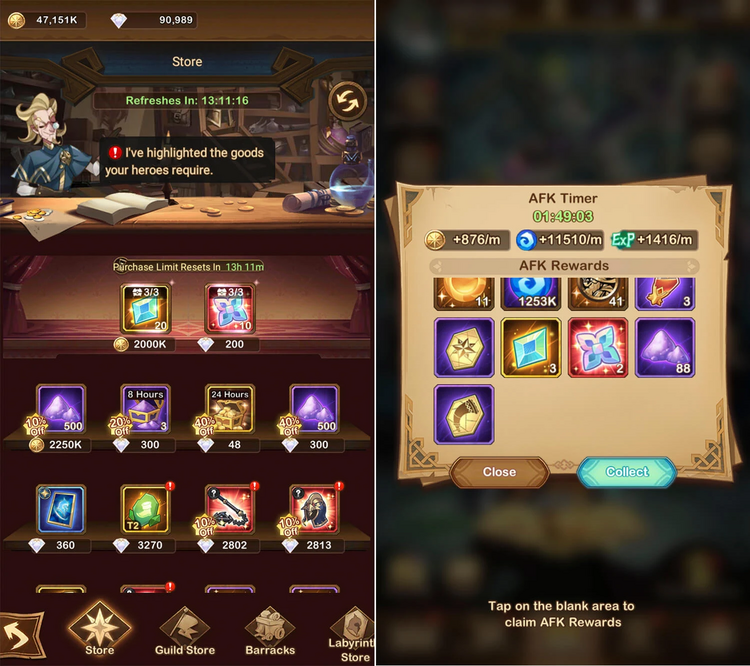 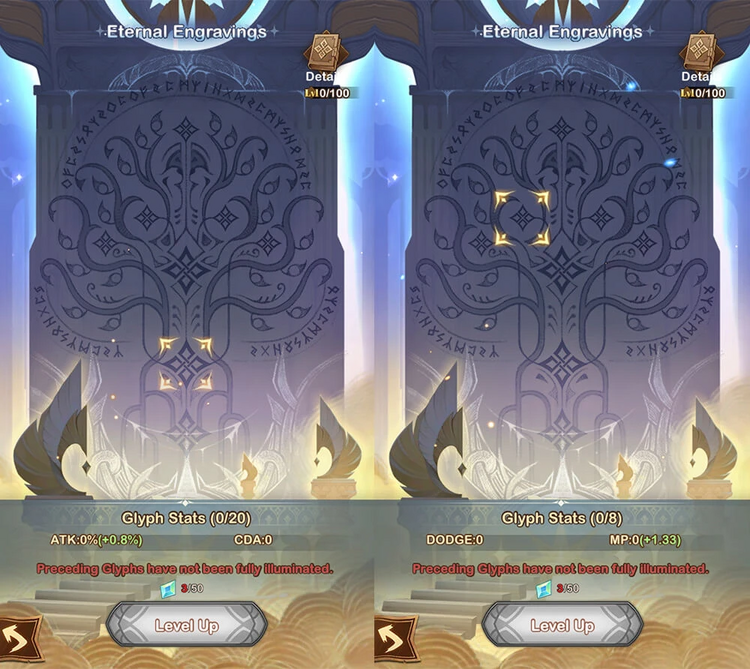 Glyphs on the Eternal Engraving Monolith must be activated in a specific order. Enhancing Glyphs that are already active will not be affected by this order.

After reaching an Eternal Engraving level of 80, heroes shall be able to acquire the special ability in PvP modes such as Arena of Heroes, Legends’ Challenger Tournament, Legends’ Championship etc;

Community content is available under CC-BY-SA unless otherwise noted.