​​​​​​Energy is the orange resource bar that gradually generates during combat.​​​​​​

Once 1000 energy has been obtained, a unit’s Ultimate ability may be activated manually by clicking on the portrait of the character after it has lit up or automatically if the “Auto” button is active once it is available.

Reducing energy generation by opponents can be easily achieved through crowd control abilities (stuns, knockups, removing from the battlefield, etc.) Character such as Tasi or Fawkes, who can remove opponents for 6 or more seconds become very strong at denying opponents energy as they cannot attack, nor are receiving damage to generate energy.

Many characters have means of increasing their team’s energy or delaying or decreasing an opposing teams’ energy generation.

Raine: Raine’s ultimate “Cripple” will grant whomever lands a kill on enemy with the debuff rapid energy regeneration. “Lock On” will grant Raine 100 to 120 energy depending on level if her target dies. Raine’s signature item can also grant an ally a fraction of her energy recovered.

Fawkes: Fawke’s abate can reduce energy regeneration by 60% at Level 101. Furthermore, he can grant himself haste and energy on hit through silver bolts to speed up his own Energy generation.

Rowan: Rowan’s ultimate “Dazzle” can grant up to 3 allies 50 to 70 energy depending on level per 0.5 seconds during the ultimate. “Avian Assault” will steal 80 (120 energy at Level 121). Rowan passively will regenerate 20 energy per second at Level 141 as well. Lastly, his signature item will produce an energy potion at his supply stall, granting an ally above 600 energy 60 to 400 energy depending on level.

Rosaline: Rosaline’s ultimate “Motivation” will drain her own energy to fully restore the ally she is following around.

Ankhira: Ankhira’s “Corrosion” causes enemies to lose energy over time (at Level 81) while affected.”Coccoon” also cause enemies to lose 2% of their energy each second while the cocoon is active (Level 101).

Nara: Nara’s “Terrify” ability causes attacker to lose 90 to 110 energy when they deal damage to her up to 4 times in 10 seconds.

Silvina: Silvina’s ultimate “Fatal Strike”, not only increases in damage based on the amount of energy of the highest energy foe, but will also drain half of the target’s energy in the process.

Athalia: Athalia’s “Judgement” ability denies enemies the ability to generate energy while it is being cast (up to 5 seconds afterwards at Level 141)

Elijah and Lailah: Elijah and Lailah’s ultimate “Hope” grants a large haste bonus, increasing attack speed and thus energy regeneration teamwide. “Grace” will increase the ally with the largest most energy 40-70 energy depending on level.

Ezizh: Ezizh’s “Mental Fury” causes all allies to generate 12-14 energy per second based on level and at level 141 will persist at half effectiveness while dead. 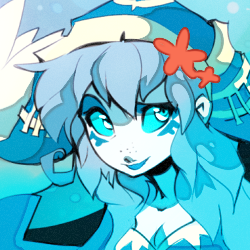