Dura is the goddess of life in the video game Afk Arena. Her conflict with her sibling, Annih, is the main focus of the story.

Dura's whereabouts are currently unknown, although it is believed that she died in the war.

Dura is a tall, thin woman with fine complexions, although her skin color, eyes and the shape of her face are unknown, since in the video game she is represented with a completely dark body. She has long wavy blonde hair. She wears a long Greek style white dress and the 7 famous Dura artifacts (which are not just ornaments, but powerful magic artifacts that can be worn by the player). In the representations it can be seen that her weapon is a staff.

Dura was very kind and always willing to forgive, even when the other gods viewed the actions of mortals as a disgrace. She was confident that they could be led in the right way, even if they fell again. She was willing to fight the war to protect her creations (including mortals) even at the cost of her life.

She was also very considerate and empathetic, as she understood that mortals live with illnesses, the loss of their loved ones, poverty, etc., things that immortals did not have to live for and, therefore, did not know how to have these imperfections.

When we speak of life and death, we are referring to totally different stages of living of human beings, however, this was once a single entity of equality, which was later separated, like the bonds of brotherhood between Dura and her brother Annih.

Thousands of years ago the world of Esperia was led by two siblings, on one hand the goddess of life Dura and on the other hand the god of death Annih.

Both ruled with wisdom and their familial love beat faster than ever, but this would not last long.

Over the years, Dura's creations filled the world with light and life, and she received much praise and adoration from her subjects, and then Annih began to feel despised and jealous of his sister Dura. Blinded by envy, Annih created his own army of life forms whom he called the Hypogeans and ordered them to destroy all of Dura's creations.

Seeing this, Dura decided to fight against Annih's forces, the battle between the gods, who unfortunately were no longer siblings, and life and death were separated.

The tragedy of separation also caused Dura to lose her life in the war, but despite her death, Dura managed to win the battle by expelling  Annih and his army of Hypogeans.

But this triumph would not last long, thousands of years later, the Hypogeans are back, and the siblings' dispute returned to finish what they started.

Who will be the winner? Will Dura's side manage to stop her brother's army? Or will Annih's side be able to destroy Dura's creations that led him to feel despised? The decision is in the hands of the player.

A miraculous elixir that has the ability to fully restore heroes' life and energy. However, it would seem this elixir only works in the Arcane Labyrinth.

Upon her descent to the Earth, Dura's last remnants of her being were split into seven divine artifacts: Dura's Grace, Dura's Eye, Dura's Call, Dura's Drape, Dura's Blade, Dura's Chalice of Vitality, and Dura's Conviction. When the aforementioned are united, the world will have a chance to return to peace. Heroes are able to equip these artifacts in-game for unique bonuses and buffs.

With The Elder Tree, players are able to receive one of Dura's virtues, depending on their Class. These virtues include Dura's Celerity, Dura's Fortitude, Dura's Might, Dura's Sorcery, and Dura's Sustenance.

Legend has it that the Resonating Crystal embodies Dura's soul. It was said that in her dying breath she created the resonating crystal using her divine essence. Some believe that the crystal has the ability to strengthen one's body and mental resolve, but only those whom are deemed worthy will receive its blessing.

The Temple of Ascension, one of the holiest places throughout the lands of Esperia, was established to pay tribute to Dura. 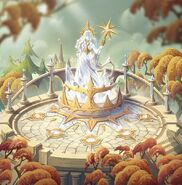 A statue of Dura erected at the Resonating Crystal. 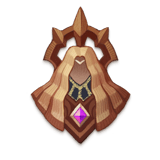 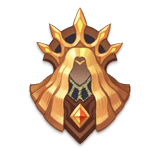