"It is time to exact my revenge."

Desira is an intelligence-based support hero of the Graveborn faction. She heals and shields her allies using her abilities, while also marking the enemies that reduces their Attack Rating and Accuracy ratings. Her ultimate ability can protects her allies from dropping below 30% of their health value. Her Signature item and Furniture boost her Oceanic Mist skill, enhancing its abilities.

Even though she grew up poor in rough Rustport, Desira never stopped wanting the best in life. She and Laeah would often look at the rich men who came to their grotty alleyways to do trade, and feel a deep sense of longing for such a loving family and a safe, warm home. In time, Desira would manage to snag herself a job at the portside tavern, owing to her pretty face. Working hard for her future, she persevered knowing better things awaited her. Unfortunately, her dreams were dashed by Haarman. Whilst his arrival heralded a period of joy in her life, it was also the death knell of betrayal that drove her into the abyss. In those first days as the Sinister Siren, Desira was driven mad with loathing, tearing apart any person who bore resemblance to that vulgar sailor Haarman, or that hypocritical wench Laeah. But it would be a considerable time later that the one so deeply enshrined in her soul would make his eventual reappearance...

Without a moment of hesitation, she strangled him, laughing manically all the while. Her laugh was piteous, of both herself, and of her eternal hatred for Laeah. Love? Never! Vile sailors and stupid women deserve no such thing! They feel no guilt for their betrayal. They deserve only to be torn limb from limb, their souls enslaved for eternity.

Any stormy night, Desira can be heard singing at the top of her lungs, the notes piercing the wind and thunder. She hates betrayal and deception, yet seducing the sailors in the storm, she continues aspiring to possess the finest of everything. It’s just that no matter what she does, she still hasn’t ever found it.

I will never forget the days my best friend Laeah and I spent together. Those should've been the best days of my short life.

We roamed the forests in Spring, swam in the oceans in Summer, rolled among the fallen leaves in Autumn and built snowmen in the Winter. Always together, as if joined at the hip, sharing our secrets. Time changes all things, but I was certain it would not change my bond with her.

Rustport is a horrid place, every day we fought to get by. Deception, violence, spilled-blood and crime were rife. I could never have imagined I'd stumble into any kind of affection… Yes, it was here I stumbled into Him… Haarman. A sailor, away out at sea much of the year, I happened to get chatting with him in the Tavern. He described all manner of fantastic, sea-faring tales, feeding my sailor-curious imagination.

I was quickly engulfed by the strong flow of romance, every day sharing each tiny detail of it with Laeah. His strength, his romance, everything… But this love had blinded me. Bathing in the sweet words, I failed to notice how as we three walked together, she barely registered my words, only responding perfunctorily, whilst staring intently at Haarman.

Then late one night, Laeah came and knocked on my door. Hurriedly opening it, she told me, "Desira, I'm pregnant…"

I remember the way she gently stroked her slightly raised abdomen as she spoke. She was clearly flustered, but her expression was a jumble of emotions. The modesty of a young girl, but also the sincerest of care, the likes of which a Goddess shows her creations.

I was happy for her, pleased even. But then she just stopped talking. Sense of discomfort began inching its way into my chest. The long silence gave me time to join the dots, and it suddenly dawned on me…

"Who is the father?" I tried to contain myself, my voice trembling uncontrollably.

Frowning slightly, Laeah straightened herself up, "It's Haarman's… he told me not to tell you, but I thought hiding it from you would be wrong… Desira!" She suddenly lunged forward and grabbed me, her eyes wide and terrifying, "He… Haarman never loved you, but he and I, we're really in love!!"

The heat this night is sweltering, yet it feels like I've been doused with a bucket of ice. Laeah, my best friend since childhood, the one person I shared everything with, that I cared for more than any other, has betrayed me with my beloved, and conspired to hide an awful truth!

"No, not you Laeah… Anyone else, anyone can hurt me and deceive me… but just not you! You can't!"

Blind with rage I threw everything within reach at her protruding stomach. I was a mess of emotions, confused, unreasonable, and desperate for the evidence of this bitter betrayal to vanish.

Backed into a corner, she deflected the objects away from herself. Once my unreasonable attack was at its end, perhaps it was for self-protection, or maybe… for something else, she launched an attack and the pair of us fought.

No-one really knows what actually happened, who went for the weapon first, whether they meant to kill. But the pain of realization woke me up, eyes red as she doggedly hacked at my body.

"Laeah…" I called out with my final breath. she shuddered, dropping the ахе.

"No… Oh no… What have I done…" Her eyes widened in disbelief, her blood-soaked hands raised to cover her mouth, as delicate and helpless as ever. "Haarman, Haarman!!" She turned and ran out of my house.

The wind outside my window picked up, a storm had brought thunder and lightning, and here I lay, in a pool of blood on the floor, tears streaming down my face as I waited at Death's Door.

The two people I loved most are planning to dump my corpse into the ocean and live happily ever after, as if I was nothing more than a nasty stain on their lives. I hate it. I hate how naïve I've been. I hate how the people I loved don't care. If only I could…

"Is that all?" Voices echoing in my soul fuel my resentment. My eyes open, returning from the dark nothingness. The ocean water washes over my body, cleaning me. My spine extends and stretches, forming a fish-like tail. My bitter tears even transform, becoming precious pure white pearls. "From this point on, you are neither living nor dead, and you will be more powerful than you have ever been. Just as you wished…"

"Laeah, Haarman… Now I can find them!"

"There's no rush, a day will surely come in which you'll meet them, and then you can have that which you desire- Welcome to Bantus." The voice chuckled. It was none other than Lord Quaedam.

My fury is my greatest weapon. I have been here in the Screaming Gulf ever since, obeying Lord Quaedam's orders and protecting the territory from unwelcome ocean-borne guests. I summon a sinister fog and scream into it, bringing any would-be invaders to a halt.

Every boat is full of sailors. Every sailor is another Haarman, just another deceitful man!

Yet, I didn’t think he'd be stupid enough to ever sail into the realms of the Graveborn. But here he was. Sailing in on a ship called 'Undead', hoping for treasure.

Oh Haarman, just the sight of me was enough to plunge him into fear, he even threw himself into the ocean, trying to drown himself, but again and again I dragged him from the water, delighting in his struggle.

"What of Laeah? Where are you hiding her, hmm?" Recalling that name, I was suddenly awash with my cherished memories of her. I couldn't help my voice softening.

"She… She… I don't know…" His lips trembled, unable to say a single word more.

Looking at the state of him now, I couldn't hold in my laughter, bursting into a riotous cackle as my sharp teeth flashed at him. "Look at this, Laeah! This is the trash you took from me!"

That rotting harbor city is flush with sailors looking for brief flings and indulgences before vanishing back out to sea. They leave in their wake many a gullible woman, eagerly awaiting the ratification of their sorry promises, a day at eternity's end.

I never got away from it. Laeah never got away, either. We both paid a steep price for this man's folly, but he gets to move on like nothing ever happened.

Reaching out to his face, I stroked his eyebrows and touched the tip of his nose, tracing a line with my finger until it reached his throat. "My darling Haarman, after you get back, make sure you send her my regards."

Seeing the abject terror in his eyes, I couldn't help laughing wildly, the sound of maniacal cackling echoing through the gulf…

… Even in my dreams, that feeling of having my skin torn off still haunts me. Although, the Graveborn aren't supposed to dream, nor are they supposed to be capable of feeling much of anything, including pain.

An unknown ship approached quietly, the sea filled with a thick fog. I swim out from the water's depths, blowing into the carved, spiral spine of some heartless man that I wield in my palm-

"My sisters, I will take revenge!" 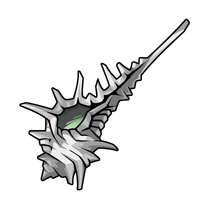 A unique seashell which has a smell of betrayal still lingering on it, which never leaves Desira’s person. Carved on the shell is the name of the person who betrayed her. Each time Desira blows the shell signifies that impending death is soon to be upon her enemies. 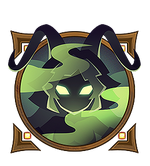 The Oceanic Mist no longer disappears when Desira dies. Allies within the mist gain 20 Dodge points, while enemies shall have their Crit Ratings reduced by 10%. 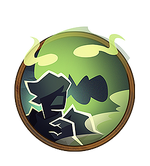 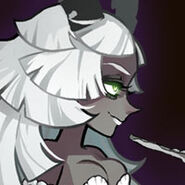 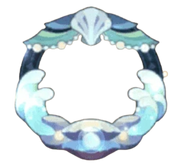 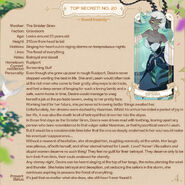 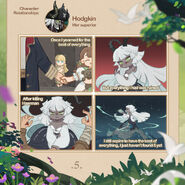