Paragon's Peak on The Steelthorn Cliffs [1]

Brutus is a strength-based tank hero of the Mauler faction. He deals huge damage over an area, including his normal attacks. He lowers the defenses of enemy heroes, and he has a high amount of sustain. He can be considered a tank hero because of his invulnerability skill when he is about to die. Moreover, the lower his health is, the higher the damage he has.

Brutus' ultimate ability "Whirlwind" allows him to spin into a frenzy and deal damage to his enemies. In this state, he is impervious to mind control effects.

Self-disciplined, steadfast, withdrawn, has a typical warrior's mindset. He is a resolute and decisive character who kills his enemies without mercy. He spurns the weak (which he defines as inner weakness and frivolity) and has no respect for cowardice. Desertion is not tolerated under his command.[1]

Brutus is a proud, solitary fighter, such the embodiment of martial prowess that many of the other Maulers never him as a manifestation of war itself. He follows the way of the warrior, neither offering nor expecting mercy. He believes that the only crime in war is to lose. In battle, he is unrelentingly aggressive and never wastes a moment on hesitation. His attacks are a savage whirlwind, cutting down his helpless enemies like stalks of wheat. When a sword is in his hand and an enemy before him, he never feels doubt. The path is clear and his purpose is known.

Brutus is truly unparalleled among his people, and he has amassed countless glories. In days past, he would stand over a fallen adversary and roar his victory at the sky, hoisting aloft a blood-soaked trophy. Eventually, however, that sense of triumph vanished. There came a time when Brutus saw every fight as a foregone conclusion. He would match blades with an opponent for a fleeting instant, then strike him down, barely taking note of the moment. He was simply too good at this point. Without challenge, there could be no triumph. Without triumph, there was little incentive to do the thing he was best at.

In a campaign against the kingdom of man, Brutus finally found what he sought. A worthy adversary. A fight worth fighting. Finally, a match. The enemy was a short distance away, in the thick of the chaos. Where he moved, Maulers fell. Light glinted off the scratches in his bloody armor. He was large, for a human, but graceful. It looked almost like a dance as he moved fluidly from victim to victim. His attacks were precise and deadly, his sword disappearing and reappearing buried in some foe, a moment later parrying an attack before tracing a flowing arc into an effortless hamstring.

Brutus stood appreciating the scene for a moment, blood still running down the grooves in his blade, and smiled. He hefted the massive weapon and started walking purposefully toward the enemy champion, offhandedly cutting down those who came before him, never taking his eye off his target. He approached and brought his steel down hard, the man moving aside just in time and immediately bringing the point of his blade to bear, which in turn was parried with lighting speed. They stepped back at the same time, each having confirmed that he'd met his match. It only took an instant to assess and appreciate one another, then Brutus launched himself back toward the knight. They fought with everything they had, each knowing that the first to make a mistake would die, neither willing to take that role. An area formed around them in the fighting, soldiers of both sides avoiding the dance of death the two heroes were performing. There was no room for planning, for thought. They fought with heart and memory and instinct, each lost in the experience. They remained in this state until a horn blast cut over the din of battle. The Lightbearers had sounded a retreat. With a final jab that seemed almost like a formality, the knight disengaged.

“Human! You are strong. You are worthy of a death on my sword.”

He shouted, nodding genially to the dirt-streaked knight. “I will see you again, and it shall be the last time.” He had finally found respect for an opponent. He smiled and turned away. Something to look forward to.

“A true warrior accepts any challenge.”

A weapon so named because anything is weak against it.

Restores 15% of Brutus’ max health after the ability “Last Grasp” is used. 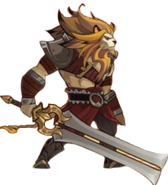 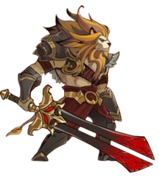 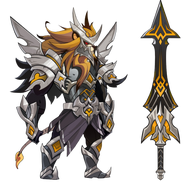 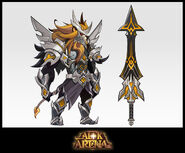 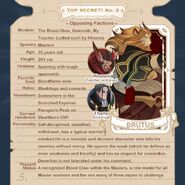 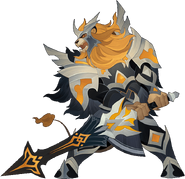 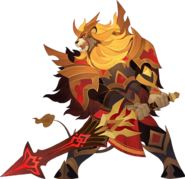 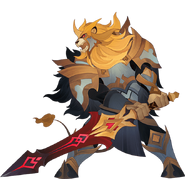 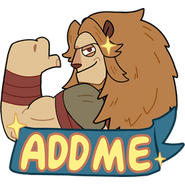 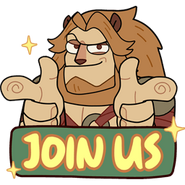 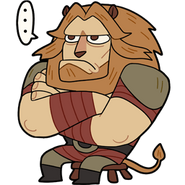 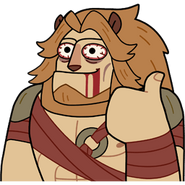