God of the Hunt

Adrax, also known as the God of the Hunt, is the final boss of The Hunting Fields. Uniquely, he possesses two forms: a normal, gray-brown form and his enraged form; a draconic purple form which Adrax takes on once his health falls below 40% for the first time.

Under normal conditions Adrax is able to mitigate damage. Suffering from multiple Critical Strikes causes his damage mitigation effect to lose its effectiveness for short periods of time. In his enraged form, Adrax is able to deflect part of his enemies' attacks, causing them to lose health.

This is a history lesson of the darkest variety, and has been selectively forgotten; a bloody farce that should not be looked back on.

Heroes answered the call of the gods, and formed a hunting squad to go deep into the hunting grounds, where prehistoric behemoths lurk in every crevasse and the search for the truth begins anew.

Prey trapped on the hunting grounds have become frenzied and rabid, voluntarily turning into minions of the beasts that used to hunt them. Now they are the hunters, and our Heroes are the prey.

Adrax, the god of the hunt, is both the guardian of hunters and the guardian of prey. In his care, the boundary between hunter and prey has been blurred, and chaos grips the land again as a new crazed campaign sets the stage.

Will you adhere to the old teachings, defeat the minions, hunt the beasts, and destroy the origins? Or do you give in to your desires and indulge in this carnival of blood?

Adrax enjoys buffs by illuminating the 6 different beacons which surround him on his cell. 5 of these beacons correspond to a specific faction to boost the damage dealt against that faction, and the 6th beacon mitigates the damage Adrax receives from hero attacks. The first time Adrax's health falls below 80%, he receives power from his beacons, restoring his health to 80%.

One of the player's goals is to dismantle each beacon by defeating its defenders, effectively cutting Adrax off from the benefits he receives from them. 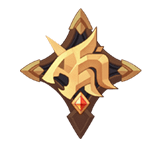 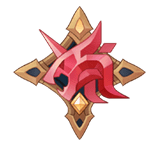 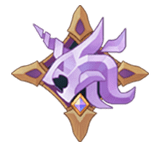