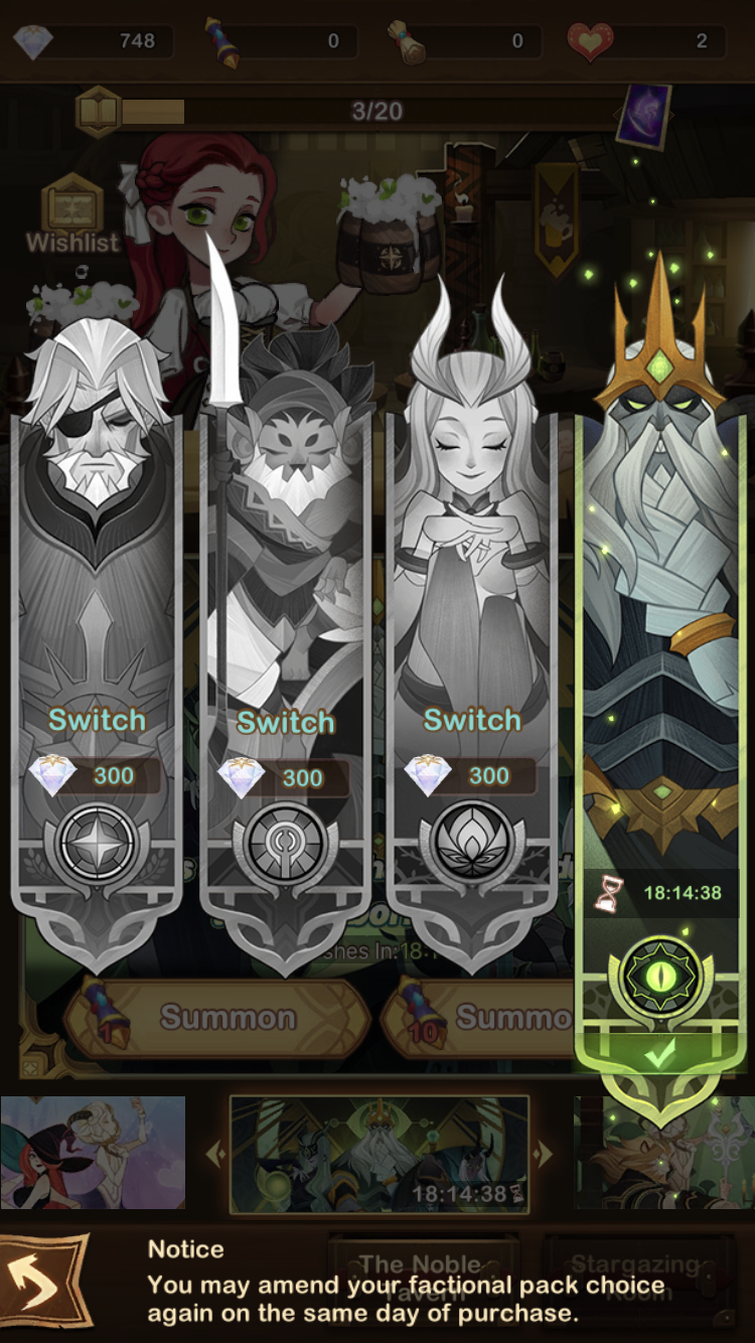 In the Noble Tavern a player has the option of choosing a common or factional based summon. However, due to the rapid amount of new characters arriving it is improbable to pull the specific character you want. This is where I propose a compromise between the two. First off, why not combine the summoning choices; This will allow the summoning rates to remain the same. Yet, with this change you could choose which faction you would want to pull from with common scrolls. Another Issue within summoning are the specialty factions (I.e. Hypogen and Celestial characters). Since these factions are exponentially more rare to find, it may benefit to put in a reward system to make it easier to get them. For instance, if the developers were to implement a system where after every five elite heroes pulled, the next one will always be either Hypogen or Celestial to ensure people have a chance of receiving them. Especially since a majority of players may not have the means or opportunities to spend $1,000’s on this game with no consequence to their everyday lives. Although this article is biased, I believe with this new system could balance out the game and help maximize its potential.