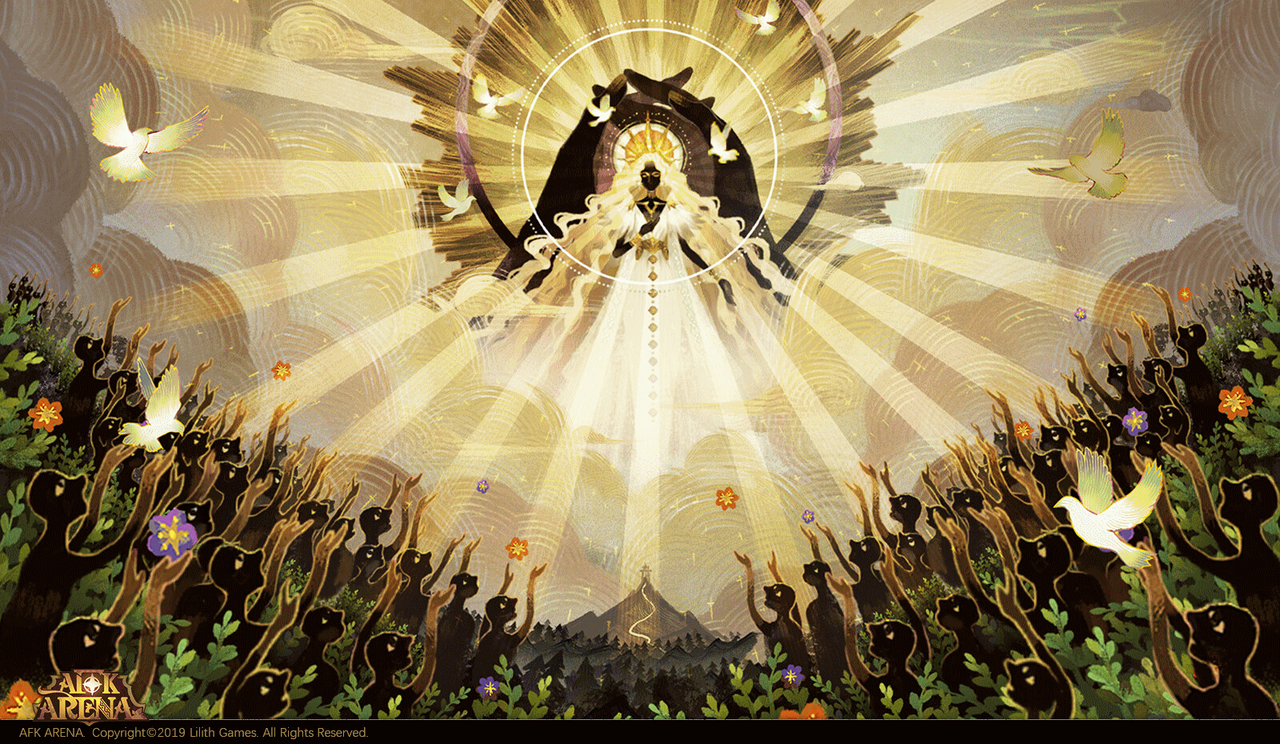 If you were able to create your own character to put into AFK Arena, what kind of character would they be?

Nickname: (A title that they are known for)

Faction: (What group are they part of?)

Class: (What Hero class are they? A Warrior, a Mage, a Ranger, a Support, or a Tank?)

Type: (Are they: Strength, Agility, or Intelligence?)

Primary Role: (What are they mainly used for in battle? Are they healing your allies as a Regen? Do they give Continuous Damage? Are they somehow controlling the battlefield as a Control? Or are they a stealthy Assassin?)

Secondary Role: (What's their other role in Battle? Do their attacks use some sort of Burst Damage? Do they aid themselves and your allies as a Buffer? Or do they bring your opponents down as a Debuffer?"

Appearance: (You can post a picture or describe them in your own words.)

Rarity: (What's the highest they can go? Are they Legendary or Ascended? Or are they just Common?")

Bio: (Doesn't have to be long. Just a paragraph or two.)

Signature Item: (What item holds significant importance to them increasing their stats?)

Quotes: (What are some forms of speech that they may say?)

(edited by Kunnaki)
Heroes
No replies yet. Be the first!